Walks, Talks & Films on the African History of London

View our superb, monthly African Odysseys films and our walks and talks HERE

'A brisk, informative stroll through the heart of the British Empire.  Our cheerful and intellectually generous tour guide, led us through narrow alleyways and past Roman ruins, within halls constructed by powerful guilds; in the process, he revealed to us both the many layers of British history and the often unacknowledged cultural multiplicity at its core. The tour was exciting, informative and allowed everyone across age, interest, and temperament to participate and learn.  It was a wonderful experience and I would recommend it for all.' Professor Caroline Brown, University of Montreal, Canada.

'A truly inspiring day, filled with information I may have NEVER been aware of, if it was not for attending this walk. The friendly intellectually amazing tour guide relayed facts that I would have had to research for months to be aware of. I would URGE any and everyone, of all ages to attend - a great, fun, educational day out.' Isschara Maxine, London

I just wanted to let you know that the students REALLY enjoyed the tour yesterday. I polled them in class and everyone overwhelmingly had positive things to say. They particularly enjoyed how you incorporated modern day information into the tour. They said it was extremely informative and made it seem all really relevant. And today it was great listening to them as they walked around central London, noticing some of the things you'd pointed out. So, your work was very well received. Well done and thank you!  Lori Tharps, Assistant Professor, Dept. of Journalism, Temple University, USA 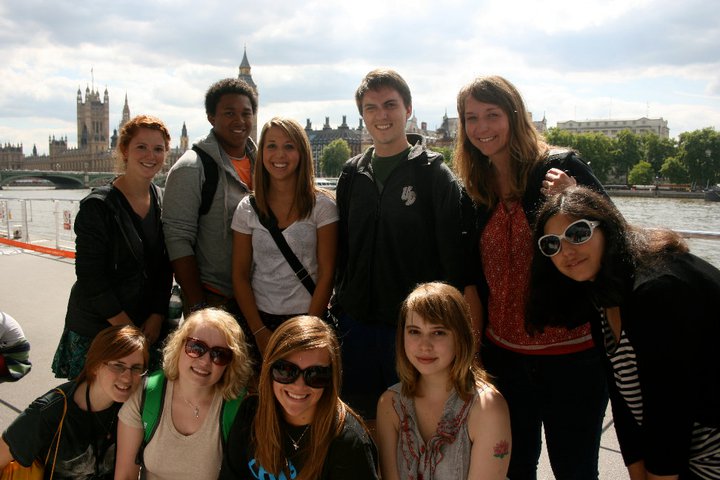 You may hear this often, but many of my students named your tour as the best element of the trip last time. Nancy Comerau, Assistant Professor of English, Ohio Wesleyan University, USA

"Our guide's encyclopedic knowledge of the area, and his passion for black history, made for a rich and detailed learning experience.  He was friendly and engaging, frequently involving the students in dialogue and relating his points to places and subjects that are familiar to them.  The students were fascinated throughout and learned a great deal.  We recommend this tour most highly!"  Rebecca Whisnant, Associate Professor of Philosophy, Director of Women's and Gender Studies, University of Dayton, USA

I would really like to book two black history walk dates around St Pauls and the Barbican for our two year 6 classes. We have done them for the last two years and the children always learn such a lot and talk about it for a long time afterwards.Helen Davies, Head of Year 6, John Scurr School, Tower Hamlets

hank you for organizing a wonderful walking tour for my students. You are incredibly knowledgeable, and it was such a joy to hear your take on things. The students loved this field trip. You did an excellent job relating the history, culture, and social contributions of Black and Afro-Caribbean people in a fun and lively way while still emphasizing the seriousness and importance of this often overlooked aspect of British life. I could not have asked for a better supplement to my Sociology course on race, identity, and culture. I really appreciate you helping make the class so special and look forward to arranging another. William Force, Assistant Professor of Sociology, Western New England University

What an amazing tour! It completely moved me to rethink the intricate web of social, economic and political relations that characterize British imperial rule and racial politics. Engaging, moving, will keep you asking more questions. The best way to get to know London. Alai Reyes-Santos, Professor of Ethnic Studies, University of Oregon

'On behalf of my board members and family and friends that attended the St Pauls walk on Monday; we would like to take this opportunity to thank you for the excellent tour. The information that you imparted to us was truly an eye-opener. Everyone thoroughly enjoyed the walk and even now, they are still talking about. Thank you again for an excellent day.
Thess, Wolverhampton Caribbean Group
It was really nice to take the black history walk. We really learned a lot of both black history focused on London and England, and British capitalism and colonialism. What we really appreciated was how both an analysis of racism and antiracist struggles went hand in hand with an analysis of capitalism (and at times highlighting the importance of gender understanding this history). As researchers in these fields and as activists, we would strongly recommend this walk for all visiting London, and with an interests for the history of blacks, racism and antiracist struggles, for the formation of British capitalism, and not the least for linking these aspects to buildings, places and sites of London.
Diana Mulinari, Professor of Gender Studies, Lund University, Sweden
Anders Neergaard, Associate Professor and Director of the Institute for Research on Migration, Ethnicity and Society, Linköping University, Sweden