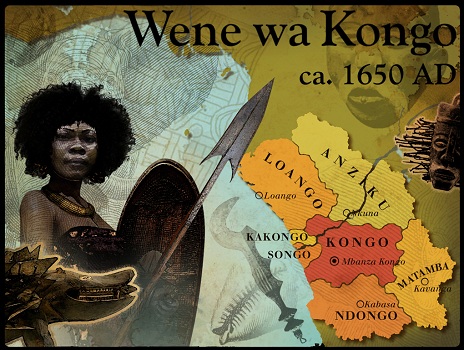 This event is sponsored by  Birkbeck, University of London

Saturday 24 November 3pm to 6pm. This event will start at 3pm, latecomers will miss out and may not get a seat

Admission free only if booked online via http://queennzingalectureseries-eac2.eventbrite.co.uk/?ebtv=C# Donations accepted on the day

Queen Nzinga was an African Queen who fought against the European invasion of southern Africa (Congo/Angola). The Queen Nzinga lecture series will feature African female academics / holders of expert knowledge, speaking on topics of their choice on a monthly basis. The Nzinga lecture series will provide a regular platform for women of African descent to highlight important issues in  an academic setting. Our first lecture will be a double bill featuring Kandace Chimbiri and Dr Michelle Asantewa.

Author, K.N. Chimbiri will give an insight and historical exploration into the lives of women leaders in the ancient Nile Valley. She will provide  a comprehensive introduction to the less-well known ancient kingdom of Kush which was based in what is today's Sudan.  This fascinating ancient civilisation has left behind three times as many pyramids as ancient Egypt.  Kandace will describe  the contributions of some of the great women of Kemet (ancient Egypt) and Kush.  She will feature, amongst others, the Kushite queen Amanirenas who courageously fought the Romans - her victory stele stands today in Room 65 at the British Museum.
Kandace is the author of two self-published childrens titles, The Story of Early Ancient Egypt and Step Back in Time to Ancient Kush (activity book).  Both books are now carried by museums including the Fitzwilliam Museum in Cambridge and the Neues Museum in Berlin www.goldendestiny.co.uk

Dr Michelle Asantewa will speak on Black Women Spirituality: The Power of Resistance.

Dr Asantewa will highlight several British literary representations of black women who used spiritual practices during slavery/colonialism to resist. Tituoba/Tituba is a black female agitator,  cast aside by patriarchal history, who was accused as one of the Salem Witches and condemned to death. She confessed that she was a witch and was let free whilst her white female counterparts were killed.  In Wide Sargasso Sea (which links to the British classic Jane Eyre) there is a reference to African Spirituality as a power used by Christophine that destabilises the patriarchal "Rochester" character. There will  be a Q and A after both talks