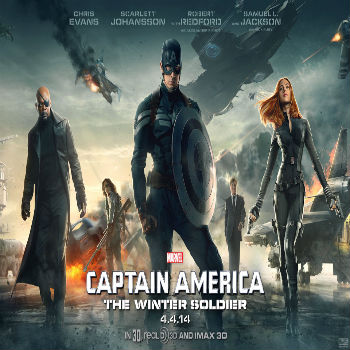 Captain America 2 broke box office records and introduced us to a new Black superhero. However this movie owes a great deal to some shocking African-American history. Like blockbusters such as Captain Phillips, where factual history is turned on its head ( the reason Somalis began hijacking European/US ships was due to such ships dumping toxic and nuclear waste into Somali waters resulting in human birth defects) some facts are missing for the sake of entertainment. Building on our previous movie breakdowns and presentations ( African Superheroes Day, X Men, Planet of the Apes ) We present a forensic breakdown on the imagery and hidden black history in this latest superhero instalment. We will cover

History of Black Superhero the Falcon
The hidden Civil Rights connection
The Black Panther Links
Black War veterans, WW2 to Vietnam
How Hollywood perverts history via movies like Captain Phillips, Act of Valor,Top Gun, Transformers, Lone Survivor and others
The Military Industrial Complex
Disney vs Marvel on Race and Representation