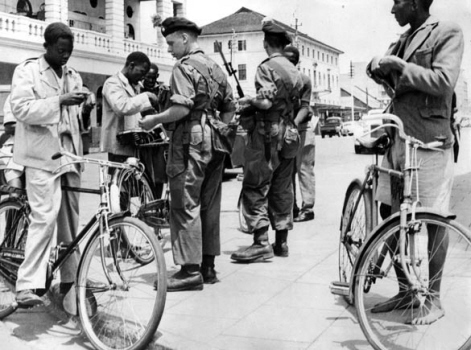 They detail how the British initially appeared as traders in East Africa before moving on to massacre numerous ethnic groups including Somalis, and Masai. Resistance leaders were killed, imprisoned or disappeared and replaced with quislings. The best land was stolen and given to British immigrants such as Lord Delamere. Schools and rites of passage customs were destroyed or disrupted and replaced with mission schools which only a few could attend. The Land and Freedom army was formed by ex WW2 veterans but the British refused to use their name and invented a new name, The Mau Mau. With extensive archive footage and extended interviews with the African resistance movement these unique films have eerie parallels with the modern day 'war on terror' and put a context on recent political and racial problems in Kenya