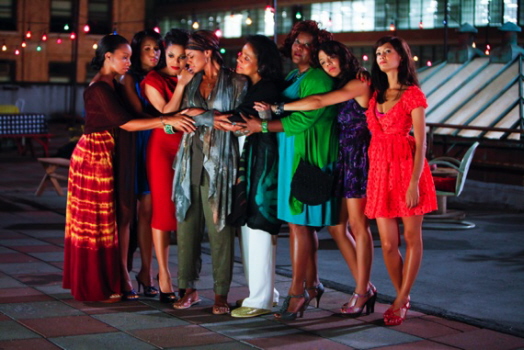 URBAN SCREEN is honoured to be showing Tyler Perry's latest film FOR COLORED GIRLS on 27 January. FOR COLORED GIRLS has been adapted from a Tony award winning play called "For Colored Girls Who Have Considered Suicide When the Rainbow is Enuf" by Ntozake Shange.  It is a deep profound conveying of poems which cover the multitude of women's issues, such as love, rape, suicide, death, birth. The film is beautifully delivered by its stellar cast of Thandie Newton, Janet Jackson, Michael Ealy, Hil Harper, Kerry Washington,Macy Gray, Whoopi Goldberg and all to a Nina Simone soundtrack.  It is an important film for all women to see and is an important film in terms of Tyler Perry's development as a filmmaker.  The film will be followed by a panel discussion


Panel will be made up;

Campbell Ex, Filmmaker
She constantly pushes boundaries in visual aesthetics and content in moving image. She started out in making films for UK television and titles include Ragga Gyal D’Bout! about female fans of Ragga Music, the award-winning BD Women about Black lesbian stories, and Legacy about the psychological effect of Transatlantic slavery on family relationships.
Campbell also collaborates with other filmmakers and has been the sound person for Cheryl Dunye’s The OWLS and camera person for Jules Nurrish’s Bend It, Lisa Gornick’s Do I love you? and Tick Tock Lullaby as well as Paloma Etienne’s Notebooks and Unladylike Thoughts
Campbell would like to continue collaborating with other artist filmmakers. She is also happy to mentor anyone who shares the goals of BlackmanVision.
http://www.blackmanvision.com/

Shabina Aslam, Producer, Fmr Director of Diversity at BBC Radio Dramas and Rich Mix Board of Trustee,
Shabina Aslam is an experienced theatre director and producer.  She has worked as an Associate Producer for  the London International Festival of Theatre and also worked as Diversity Director for radio Drama for the BBC from 2003 – 2006.  She was also an Associate Director  of Theatre Venture from 1999 – 2001.  She is currently working on Drama in The Mix for the BBC which aims to celebrate and showcase the creative talents of English, Drama and media students from Olympic Borough Secondary Schools. It will also highlight the ways the Games are already touching the lives of young people in East London