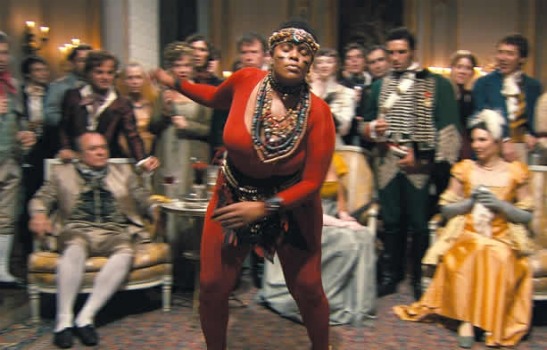 'An unflnching portrayl of European barbarity'

The extraordinary true story in which a South African woman was turned into a sideshow attraction known as 'The Hottentot Venus'. Sarah 'Saartjie' Baartman was a Khoi Khoi but was trafficked to Europe in the 19th century where she was exhibited as a part-human, part-animal attraction for both entertainment and 'education' in London and Paris. This critique of the values of 'civilised' society shows how Europeans were obsessed with African womens features and wished to imitate them while at the same time denouncing their looks as ugly and savage 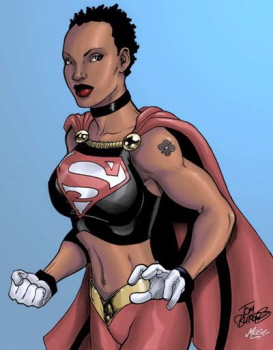 Secret Hideout near Victoria, send email to This email address is being protected from spambots. You need JavaScript enabled to view it. for secret password and invitation

African Superhero dvds for sale on the day

African Superheroes: Many  artists are making up for the severe lack of positive images of black people in animated films and comics. This animation festival for 6-60 year olds, will feature a variety of African-themed cartoons which tell tales of; Magical Nigerian women warriors, Anansi the West African Folk Hero, The story of Ogun and Oshun, Teenage black superheroes and more

'..Surprisingly one of the best set pieces was a breakdown of the use of African culture including our dance and music traditions. The historical narrative provided  was both insightful and entertaining. The width of the section presented was breathtaking from tap dance to capoeira. In closing, guest animators were invited to share details of some of the challenges faced by artists and announce projects in production such as the exciting Anokyes Sword

It is not often a community event makes history. This one, which engaged adult and child alike through the world of animation and African Superheroes Day is a first that should be celebrated, and then repeated 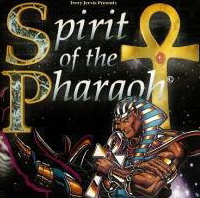 After the hysteria that greeted Disney's  Princess and Frog, its worth reviewing the presence and state of black characters in childrens movies.

It is quite 'normal' for an African/Caribbean family to pay £8.00 each plus £5.00 for some popcorn  and spend two hours gazing at an fantastic environment where they absolutely do not feature in any way, shape or form. Here's a list of recent kids' movies which seem to be designed as Black People Free Zones (BPFZ)

Tangled, a re-working of Rapunzel, takes place in a society where black people do not exist at all. In How to Tame Your Dragon the only black character in the movie is the dragon. Despicable me is a BPFZ(although there is a black woman in the waiting room) Gnomeo and Juliet yet another  all-white casts.

Megamind: there are some black children glimpsed for about 20 seconds in Megaminds nursery and a few  in the crowd scenes. Chronicles of Narnia 3: Voyage of the Dawn Treader there are some scenes with black sailors in the background but most seem to die before the film is over. Previous Narnia films were 100% BPFZ. In fact you are more likely to see; a talking lion/penguin/owl/dog/horse, a  blue big- headed alien, a gnome or a robot  portrayed as hero, than a black person.

Is  there  any animated movie that is full of only black characters, that features no white people at all; that is regularly viewed by all-white audiences who happily pay their money to see a fantastic environment in which they do not see anyone who looks like them ?

Perhaps this is why Disney's Princess and the Frog was so eagerly embraced. While Disney was applauded for its first ever black princess. There are a few questions to be asked before clapping

And, just out of interest, why did they make the Lion King with African animals as opposed to African people ?

Disney is no doubt happy as it made large profits from its Frog Princess while not apologising for its eight decades of racial exclusion, not to mention its years of exploitation of Haitian workers See Disney abuses Haitians video

Disney's recent behaviour evokes Vogue magazine who a couple of years ago issued their first issue with all black models. They were universally praised for their 'brave stance' on the race question while it might have been pertinent to ask Vogue why they had not regularly featured black models in the past 20 years. However this point was studiously ignored. Meanwhile that issue sold out and indeed thousands of  black women went out of their way   to give Vogue their money . Vogue was very happy, improved its bank balance but have there been lots of black models in their magazine since that time?

So back to Disney's Tangled, having made a tokenistic gesture with Tianna things are back to 'normal'. In Tangled a white girl with long, straight, blonde hair is the heroine; her hair is the source of her power and beauty. What effect will this have on little girls with curly African hair that, unlike Cat Deeley's does not 'swish' ? What do black children pick up when they see beautiful fantasy lands where absolutely everyone is white? How would white children feel if the majority of films they viewed on the big screen showed happy African families having adventures in lands where Europeans were totally absent ?

"Clearly there's always a correlation between the images you are bombarded by and how you feel about yourself," says Dr. Robert Atwell, president of the Association of Black Psychologists, "So you either get presented with images that stimulate your sense of potential or images that ignore you or are negative."

'In the first stage, the Black child absorbs many of the beliefs and values of the dominant white culture, including the idea that it's better to be White. The stereotypes, omissions, and distortions that reinforce notions of white superiority are breathed in by Black children as well as White. Simply as a function of being socialised in a Eurocentric culture, some Black children may begin to value the role models, lifestyles, and images of beauty represented by the dominant group more highly than those of their own cultural group. On the other hand if Black parents are what I call race-conscious - that is  actively seeking to encourage positive racial identity by providing their children with positive cultural images about what it means to be black-the impact of the dominant society's messages are reduced '

From Why are all the Black Kids sitting together in the Cafeteria by Dr Beverly Tatum pg.55 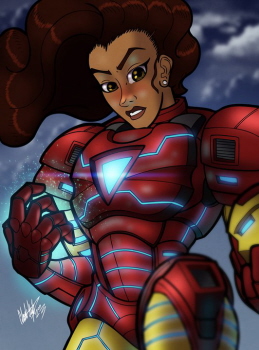 Above art by Charles Arrington

At Secret Hideout near Victoria

Adults £6.00 kids £4.00
Send e-mail with number in group to info@blackhistorywalks.co.uk to receive password and locator spell

Anansi the spider gets into trouble after betting the Elephant that he's stronger, plus 6 other cartoons from all over the world. Plus 6 more African made cartoons 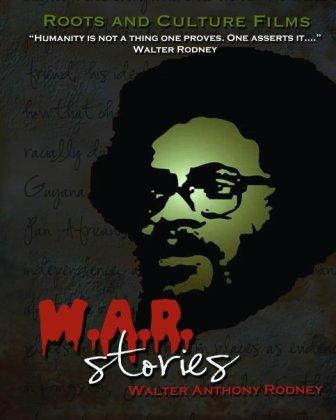