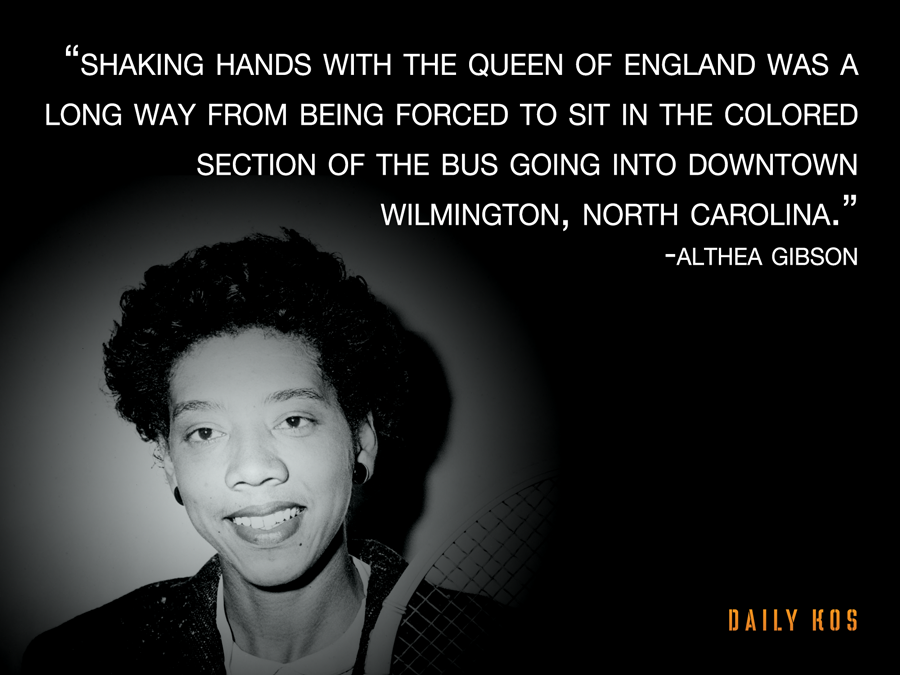 The Black female Tennis hero who inspired the Williams sisters with her amazing two time win of Wimbledon in racist 1950's Britain.
Althea Gibson's life and achievements transcend sports. A truant from the rough streets of Harlem, Althea emerged as a most unlikely queen of the highly segregated tennis world in the 1950s. Her roots as a sharecropper's daughter, her family's migration north to Harlem in the 1930s, mentoring from Sugar Ray Robinson, David Dinkins and others, and fame that thrust her unwillingly into the glare of the early Civil Rights movement, all bring her story into a much broader realm of the American story.

No player, not even the great Arthur Ashe (who came a decade after Althea), overcame more obstacles to become a champion than Althea Gibson; the first African-American to play at (and win) Wimbledon and the US Open was a woman. She was celebrated by ticker-tape parades in New York City, twice, to welcome her home after hard-fought victories. There was no professional tennis circuit for women in her era, so her options were limited. As Althea said, "You can't eat a crown." When she the #1 player in the world, she still could not afford her own apartment, and became constantly indebted to her benefactors.

This event is an extension of the BFI African Odysseys programme in association with the Phoenix Cinema: Inspirational films by and about the people of Africa, from archive classics to new cinema. Explore the African roots of World Cinema through our monthly programme of Sunday screenings.
Supported by Black History Walks www.blackhistorywalks.co.uk