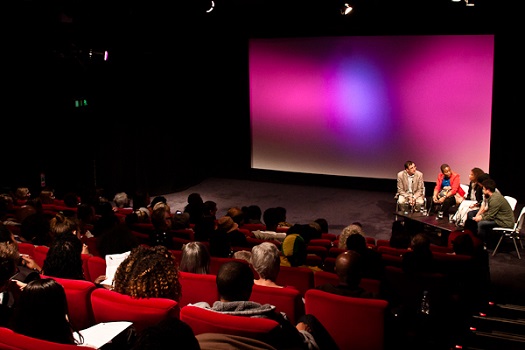 Tkts 7 Pounds. Book now to get a seat! CLICK HERE

Med Hondo’s hugely ambitious magnum opus was at the time the most expensive African film ever made (it cost $1.35 million). A work of scathing satire and mirthful anger, West Indies has remained largely out of circulation since its premiere in 1979. It’s a story of Western oppression told with the stylistic flourishes of big-budget Western cinema, a distinctly African take on the Hollywood musical, and a one-of-a-kind film primed for rediscovery

Hondo, by the way, is essentially one of African cinema's fathers. His directorial debut, Soleil O, was made in 1967, a year after Ousmane Sembene's first feature La Noire de. Soleil O screened at the 1970 Cannes Film Festival where it received critical acclaim. He went on to direct some 10 feature films, and acted in 18 other

The full title is West Indies: Les Negres Marrons De La Liberte (West Indies: The Black Freedom Fighters, specifically the Maroons). It was undoubtedly  a landmark in African cinema; and it's also a film that many probably haven't heard of, and thus haven't seen, but really need to!

It doesn't exist commercially on any home video formats; not even VHS apparently.

A project that took him upwards of 7 years to get made, it's an absolutely stunning piece of work - a $1.35 million (about $4 million today) colour musical epic film, made possible by an international cadre of investors - although much of it came from within the African continent.

Although the story it tells takes place primarily in the West Indies, as the title states, and France. In a nutshell, it documents the experience of African people, starting from the slave trade, to colonialism, to post-colonialism, to neocolonialism, and satirizes French imperialism in both Africa and the West Indies.The fact that it was adapted from a stage play (Les Negriers - The Slavers -by Daniel Boukman) makes sense, because it's filmed entirely on a stage set;

The film was released in 1979 in France, with Hondo a bit ambivalent about showing it to white French audiences who might not appreciate seeing themselves portrayed in an unflattering light. Initial reviews weren't stellar, not surprisingly, although it was reported at the time that black audiences loved and exalted not only the film, but also the Pan-Africanist spirit in which it was made - featuring a cast and crew from across the Diaspora.

But it's a technological and artistic achievement in African cinema history, and not even just continental Africa; the entire diaspora. And it's a shame that Hondo is largely unknown beyond maybe academic and cineaste circles, and that the film isn't widely available.