Black Victim of the Nazis, 22 February 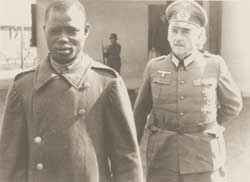 Above: African soldier in German Prisoner of War Camp. He is lucky as many captured black troops were shot on sight then mutilated

The fact is that there were also black people in Germany before, during and after WW2 . Some even joined the army, some were entertainers, thousands were sterilised and a vast number were sent to the gas chambers. Curator, Z Nia Reynolds author of Black Victims of the Nazis will give an illustrated talk about these issues. As there are only two books in existence about this marginalised history you are advised to be on time

Truce is called on a brutal civil conflict. The two sides agree to a feast. Can they put the past behind them?

Her shocking story was based on the barbarity of the former Yugoslavia and though set in Africa is relevant to Palestine . The film sold out all over Africa and in Israel. 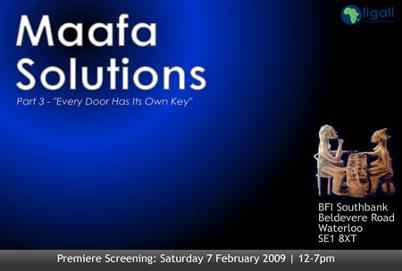 An all day event run by Ligali

The final part of the Maafa trilogy as produced by Toyin Agbetu of the Ligali group gives the solutions to the various challenges facing the African-British community identified in pts 1 &2. With practical examples  from 25 diverse activists, thinkers, historians and academics. This brilliant documentary concludes the trilogy with an inspring call to action and a blueprint of what action to take, all of this is done from and uncompromising and indeed unusual British perspective rather than the normal US viewpoint. Stalls, clothes, food,books music and workshops available on the day