Above: Female troops were crucial at the battle of Cuito Caval in Angola against apartheid forces

From the assassination of Patrice Lumumba in the Congo to the fall of apartheid in SouthAfrica, 300,000 Cubans fought alongside African revolutionaries. This extraordinary film uses rare archive footage, revelatory interviews and contributions from African film-makers to explore
the crucial role that Cuba played in African independence .This is an essential film for anyone serious about history 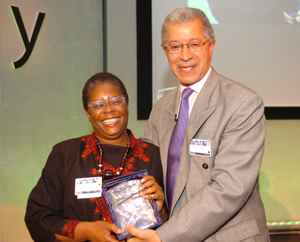 Above pic: Pioneers in the fight for civil rights and African culture Mia Morris and Lord Ouseley

Explore the contribution of the African and Caribbean community to the history of film
and TV in the UK. Tutor Jim Pines will present an extraordinary range of rare footage, cutting edge
documentary, cinema and television drama for your enjoyment and discussion in our digital Studio
cinema. There will be guest speakers and also the opportunity to learn how to access materials at our
free public archive, the Mediatheque. One-off taster session Friday 16th Jan 11am-1pm ring number above to book
The course will include dramatic footage from the 1890's to modern times

Above: British propaganda leaflet thanks Jamaica for supplying bomber planes

Rare chance to meet a surviving WW2 Veteran.
Jamaican, Alan Wilmott  served with the Royal Navy and Air Force.
He will give a short talk and take questions.
We will also be screening the documentary Caribbean Women at war about the black female contribution.  The focus in this session will be on what conditions were like when tens of thousands of black troops landed in Britain increasing the local black population from 10,000 to 100,000.

The above topics are absent in the school system and mainstream history and this is a valuable chance to fill in those gaps of knowledge .For the first time in 60 years the Museum is hosting an excellent exhibition on the Caribbean effort in WW2 which ends in October.