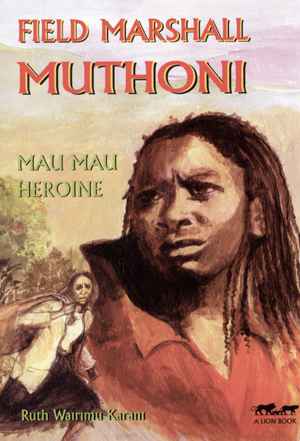 Much of the geographic and ethnic divisions currently seen in Kenya were established and  encouraged during British colonialism. In February the Kenyan people will sue the British government for human rights abuses commited by their forces. Soldiers who had fought loyally for Britain during World War 2 came back to find white Britsh immigrants living on their fertile land while harassing local women.When Kenyan people fought for their independence, as they were'nt allowed to vote, the British invaders used:

* Torture
* Detention camps for up to 70,000 people
* Castration and blinding
* Fatal whipping
* Rape by British soldiers
* Rape with bottles of hot water

The British Army also used Northern Kenya for military exercises. As a result of leaving unexploded munitions behind, hundreds of Maasai and Samburu people have been killed or maimed by unexploded bombs left laying around over the past 50 years. The British fought the case. In 2002, a settlement was reached in which the UK government agreed to pay 7 million plus legal fees 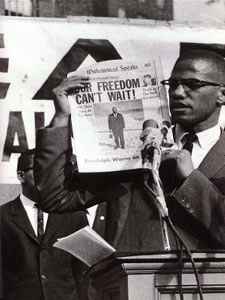 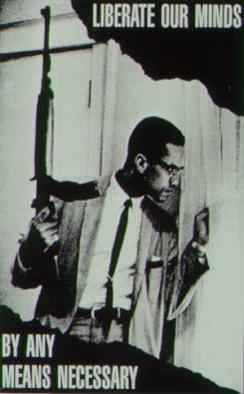 Lumumba plus Q & A with Congolese Association, 17 February 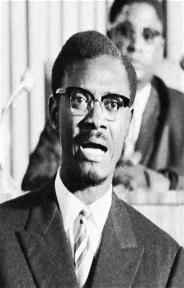 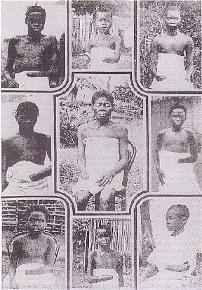 European countries were still trading in Africans and chopping off their hands in the 20th century. Forced labour was used in the tin-rich Jos plateau of Nigeria and the diamond mines of the Congo during World War 2 to supply British/allied forces with vital raw materials . Democratic elections in which Africans endorsed Patrice Lumumba (an admirer of Malcolm X and Kwame Nkrumah ) were not accepted by US and European governments. Lumumba's attempts to eradicate slave labour and exploitation were blocked as they interfered with the wealth of foreign countries and corporations. He was assassinated with Belgian and US backing on the 17th January 1961. This incredible film has never been released in this country and was suppressed in the USA.

This event is brought to you in association with Kokayi Saturday School.

February 21st 2008 will be the 43rd anniversary of Malcom X's assassination. His parents were Garveyites and he later carried on their work. Many people have heard of him but many people don't know exactly what he did, or his background. We present an astonishingly rare Oscar- nominated ,1972 documentary with his actual speeches and interviews.It includes  footage of Betty Shabbaz, Martin Luther King, Huey P.Newton, Muhammad Ali, Louis Farrakhan, King Faisal, Stokely Carmichael, Jesse Jackson, Elijah Muhammad, Angela Davis, Ossie Davis and more
Plus

The bias in schools gives the impression that racism and civil rights was an American issue and totally ignores the struggles Black British people endured. This presentation will give you the names and achievements of those black people born here who fought against British racism over the last 400 years. Please bring pen, pad and a donation.

How to Support your Child through the Educational Process, 9 February

A mini seminar repeated by popular demand about what you can do to combat racism in the school system and achieve academic excellence amongst the youth.
There will be  presentations on personal and institutional racism and the resources available to combat it. You will also hear practical examples from a panel of experts on the school system. Plus The effect of WW1 on the Kenyan and Somali people and a display of the photos, videos and artefacts which document the presence of thousands of African/Caribbean troops in the 1914-1918 war