Above: Elite Nigerian 81st Division known as the Black Tarantulas as painted in Burma by Captain Hugh Micklem

A detailed and extensive look at the African and Caribbean war effort with video clips and interviews with Trinidadian Spitfire and Barbadian bomber pilots. Photos of Nigerian troops fighting in Burma. Somali ships and sailors, black and asian women secret agents, German submarines in the Caribbean and the importance of Africa and India’s raw materials all feature.  All the information you never got at school and  that is still not taught to this day will be revealed. WW2 Veterans will also be present. Part of Lambeth Peace Month 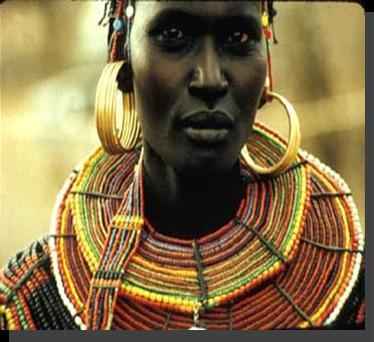 This event  is always ram-off  to see why click

In association with Inspired Black Women we present three films and workshops on the history and legacy of the beauty of black women. Films include:

Sisters on the Light/Dark Thing (beauty)

We will also have reports on the experiences of Black British women in Senegal, Somalia and Norway and men will be asked as to what they find attractive in women.

Where Does your Allegiance Lie? 27 September 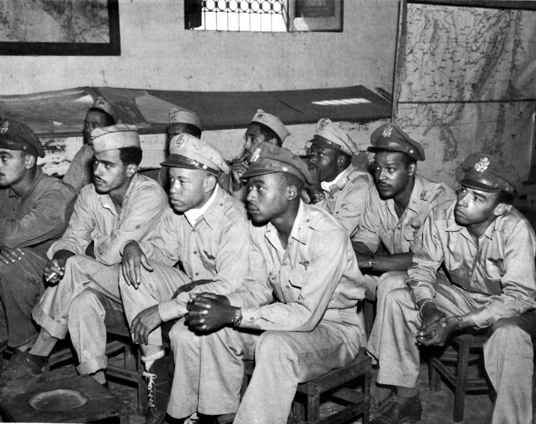 Above: men from the 332nd fighter group based in Ramitelli Italy. They were such expert pilots they never lost a plane in combat

An investigation of loyalty within the British Empire

and what it means to fight for "your" country. Special guests include World War 2 veterans from the Caribbean plus extremely rare footage of black fighter and bomber pilots and other pioneers inlcudes: 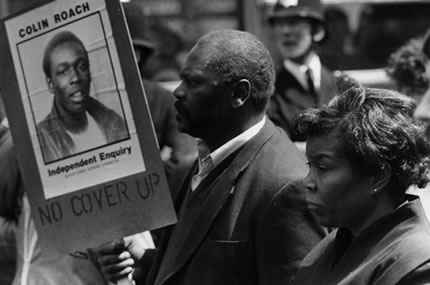 Above: 1983,Colin Roach was in Stoke Newington police station when he was shot in the head with a shotgun. Police stated it was suicide. The family organised mass demonstrations and community action.

The bias in schools gives the impression that racism and civil rights was an American issue and totally ignores the struggles African- British people endured. This presentation will give you the numerous names  and achievements of those black people born here who fought against British racism over the last 400 years and made your life easier.

One highlight will be the unveiling of the amazing black history hidden in the streets, building and monuments History that’s 'in your face' in places like Westminster, St Pauls, National Gallery, New Cross, Bank, Leicester Square etc., but remains largely unknown due to false education and brainwashing.Bring pen and pad. Juice and biscuits provided. This is an intimate venue, be on time to get a seat www.nubeyond.com 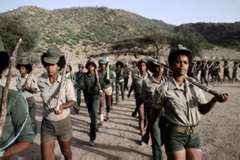 Above: Female Cuban soldiers were crucial in the battle against Apartheid in Angola

The full story of Cuba’s direct and continuing influence on the history of the world is not widely known . In Africa Cuban direct action has been more crucial than anywhere else.
How many people know that Che Guevara, had crossed Lake Tanganyika in a boat with an armed escort, initiating a Cuban military presence that lasted more than 26 years, and which was undoubtedly crucial to the liberation of at least half a dozen countries, especially South Africa.

At the same time, the extraordinary initiative of the Cuban doctors was developed and expanded until it has become a rational, comprehensive and full frontal world-historical attack on preventable disease and the diseases of poverty. This is a one off chance to see a rare and exciting film about how the ‘Third World’ freed itself from colonialism